How I Create Sketch Animation Videos How I Create Sketch Animation Videos

Last night, my son asked if we could make a sketch animation video together. He sat down for 20 minutes and knocked out a script (the one part of the video where I gave no direction). Then he began sketching out various parts of the video. At eleven o’clock, he began making the video. My goal was simple. Provide as little help as possible. But I quickly realized that I would have to provide some structure. So, I walked him through the process and slowly began to withdraw.

For the next four hours, he focused on the task at hand. It was a genuine creative flow moment, where I had to say things like, “Dude, we need to go to the grocery store” and “Hey man, you need to drink some water every once in a while.” But he was in the zone. At 4:00 p.m., he finished the video.

This is how it turned out:

Confession: I know I’m being one of those obnoxious dads, but I don’t care. I’m proud of what my son made.

But that leads to my next point. People often email me asking how I make sketch animation videos. I often answer sheepishly because I know my process is insanely laborious and not all that technical. It’s like a digital flipbook, in a way. But I thought I would share it here anyway.

Step One: Write and Record the Script

It helps to think about the visual aspect of what you are trying to convey. In other words, choose metaphors and idioms if you need to. Find ways to keep the sentences shorter. Hook them into a visual organizational structure. Often, a podcast will have 3-4 minutes sharing one point but a sketchy video requires you to get that point across in ten seconds. It’s actually a chance to focus on precision of language.

Okay, this isn’t anywhere near as complicated as the word suggests. This is essentially the visual concept for the animation (if you can call it that). I usually draw boxes with stick figures and arrows. I actually have a forced time limit on storyboarding where I will only allow myself five minutes from start to finish to get the whole idea across. It’s supposed to look crappy, but that’s okay. This is often where you can test out visual structures like trails, pyramids, boxes, etc.

This is the part where I was initially way too slow. I was insecure about how my visuals would look. I was worried that people wouldn’t like what I had sketched out. There’s this strange perfectionism and shame for me when it comes to art. The fact that I use “doodle” rather than “illustrate” suggests I don’t see a ton of merit in my craft. I’m not an illustrator. At some point, though, I just had to find my own style. 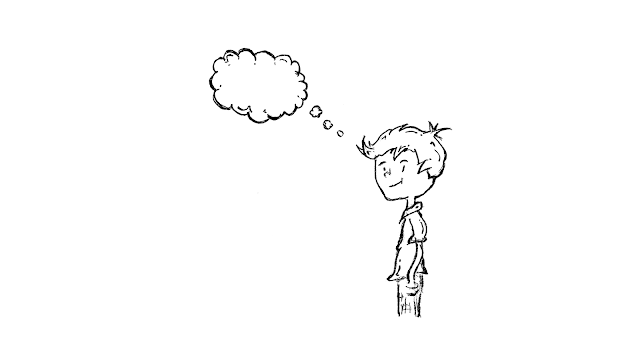 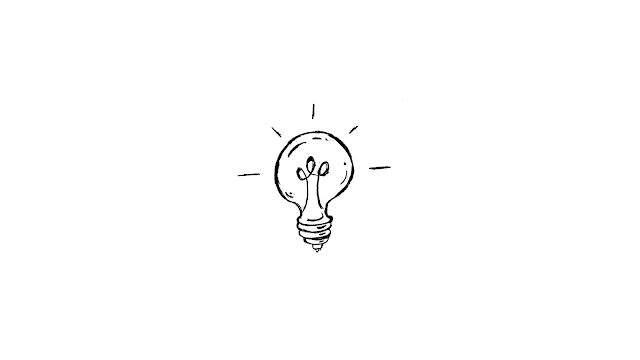 Sometimes I use a pencil. Other times, I use a Sharpie (thin or thick). I like being able to decide how thick or thin the lines should be based upon my own personal preference. Note, too, that if you enlarge or reduce an image, you will change the final thickness of the lines. It’s why I generally like to draw everything to a similar scale.

Nothing fancy here. Just scan the picture with an old-school scanner (is it too early to call them old-school?) I use a 300 dpi setting (even though some would say it doesn’t matter as much when converted to video) and I keep it on the text setting rather than color or grayscale. This allows both pen and pencil drawings to show up in a crisp, pure black and white.

I have a standard blank slide that I use. I label it as 000.png. I keep the dimensions as follows: From there, each individual slide will be added from what I have sketched. As I erase things and make tiny tweaks, they go into specific numerical places.
So, for example, I might start with this at 000.png. I can then erase parts of it to move from 000.png to 010.png. Sometimes the animation is as simple as adding stick figures, opening and closing a door, or adding clouds going by to give the illusion of flying.

When this is done, I can do a quick review of the file by sorting it from start to finish. By sliding down the file folder, I will get a stop animation view (think flipbook) and see if there is anything missing.

This is what it looks like when it’s done. Notice the trail in this video:

Once these are finished, I drag all the pictures into iMovie and click the “fit” choice rather than the Ken Burns Effect. Under the information, I change each picture to 0.1 and then I go back and add longer times on certain slides.

I then add my audio under the slides that I have created. I usually have to take about twenty minutes or so to change the times on some of the slides to go longer or shorter based upon my voice. If you are a slower talker, you might want to use the speed button on iMovie to speed up your voice (just click on “preserve pitch” so you don’t sound like a chipmunk).

And that’s essentially the whole process. There are probably faster ways to do this but I thought I would share it anyway in case you want to make your own sketch animation video.

If you are interested in creating sketch note videos with your students, there are actually 4 levels you can consider, going from easiest to hardest (the one mentioned above is the hardest). You can download the guide below.

Get Your FREE Guide to Creating Sketch-Note Videos with Students

Please leave your email address below and click the yellow subscribe button to receive the free resource. I will also send you a weekly email with free, members-only access to my latest blog posts, videos, podcasts and resources to help you boost creativity and spark innovation in your classroom.